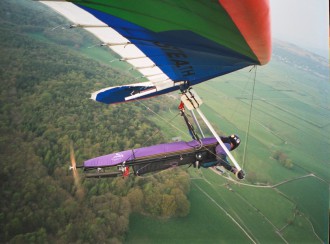 The Wasp unit evolved ..... not sure there were ever two quite the same. Chris Taylor and I worked away, beginning with a basic Mossie unit and initially trying to force a hg harness onto a frame - not at all comfortable. From that point on a completely new harness was designed that quickly became the two piece articulating model. We were always tweaking and making it better. They really were the Rolls Royce of power harnesses and strong as old boots - although a few people did test them to destruction!  I guess there are a few lying dust covered in the backs of sheds all around the world.