Aaah ... to be young again - even with the dark, thick locks. This was taken abseiling off Blitzkrieg on Raven Crag, Thirlmere by my great climbing buddy, Rob Matheson. He had lots of hair too - then. Not sure if we'd just done the route, failed on it or were scouting a line to the left (Das Kapital?) 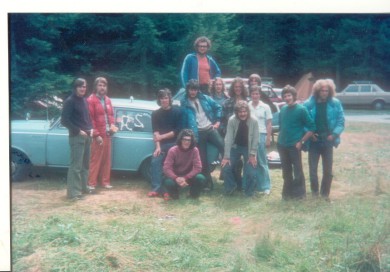 This group photo is really old. A typical Kodak instamatic from about 1975. A group photo of the Rock and Slime climbing group - the antithesis to the Fell and Rock and Welsh Climbing Club. It was taken during our annual pilgrimage to the Alps and is set in Snell's field, outside Chamonix (older climbers may remember it).

As you can just about see, hair - whether on the chin, head or top lip was mandatory. The R&S emblem is artistically marked on the car window in shaving foam - what else would we use it for? The other thing that marked you out as a real climber was a VAN!

I can't recall all the names, but I seem to be in the centre with my duvet and cardy. Rob M and Gus Morton in front, Mike Kendal to my right, Pete Rodgerson at the back, Myer's brothers in middle and Curly Bill (Eastham) on the far right (blue duvet) - Stu Colville far left (red duvet). Women were not usually allowed in R&S photos (golf club rules) but one seems to have sneaked in, in white top. 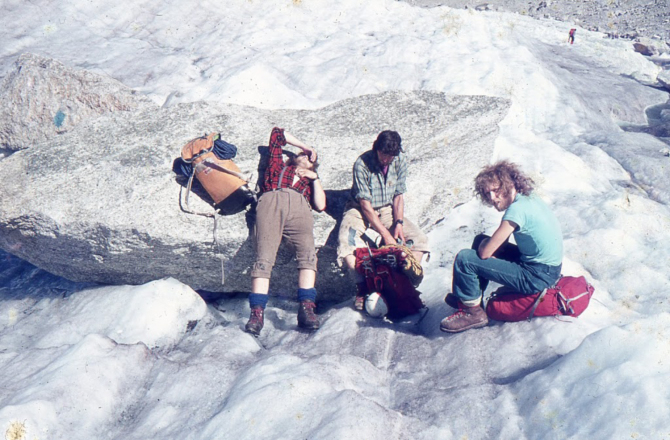 On the way back down after the Grande Jorasse. Pretty knackered!  I think it was after this I ended up in a cravasse.

Lakeland Climbing in the Seventies 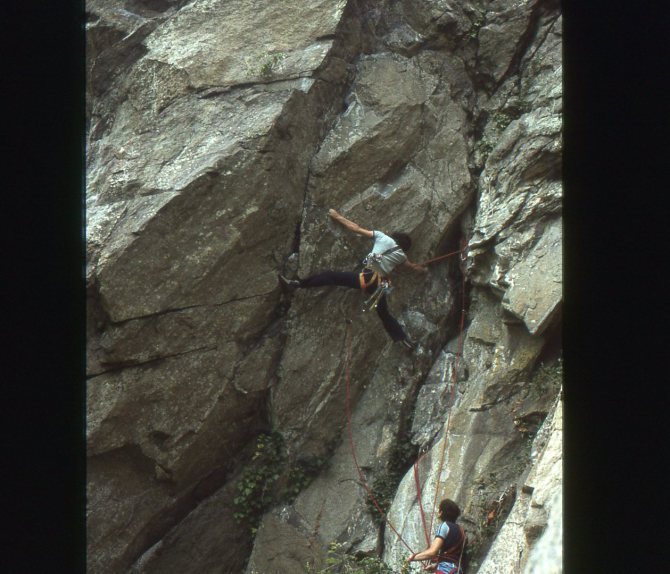 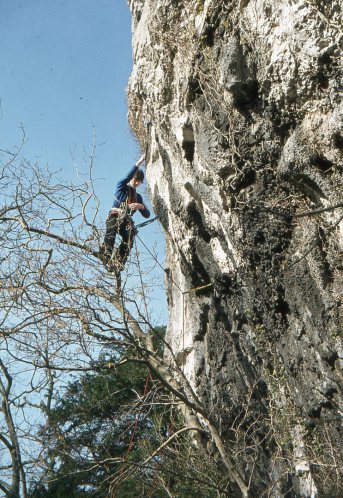