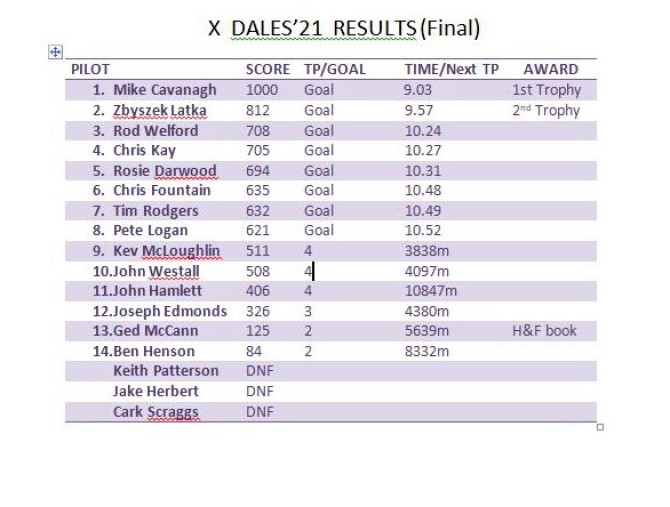 Awards will be sent to the first TWO places. Well done to Mike and Ziggy.

A second award of ‘Hike and Fly for Beginners’ will be sent to Ged  for a sterling effort as a low airtime CP who took on the challenge.